Thank you so much, you brightened the day!  Am Stratford born now living in Mangonui far north. With a group of friends attend WOMAD each year to get my Naki fix, we will be visiting your cafe next year for sure!
Keep sharing the joy you wonderful generous folk. Stay safe
Cheers Helen

A Taranaki cafe owner’s cup and cutlery tossing take on table service under alert level 3 has propelled her to online stardom.

In the viral video, posted on Oakura cafe Lemonwood Eatery’s Facebook page, Barbara Olsen-Henderson, wearing a home-made surgical mask, stands at a safe distance and tosses a tray of items at mannequins at a table.

“Most people have found it highly amusing. It amuses me still, just chucking those things, especially the cutlery, it was like a real Fawlty Towers moment,” she said.

“There have been something like 84,000 views and it has reached a gazillion people; I couldn’t believe it. I was thrilled when we got to 1000, every time I look there’s a few thousand more.”

The idea came from seeing a similar Dutch video, and a conversation during a Zoom meeting with some other Taranaki restaurateurs.

“We were just talking about how you could do contactless deliveries, and someone said you would have to serve burgers, something with a round shape so you could throw it, then I saw the video and thought, we could do that,” she said.

“I had to talk my husband into standing there with the phone, but once he saw it, he thought it was really funny.”

Olsen-Henderson is feeling upbeat despite the prospect of being closed for at least another three weeks. She said it would not be viable to reopen the cafe under level 3 restrictions, although she will be delivering cafe-baked bread, and donating the money from it to Hospice.

“I’m totally grateful for the Government wage subsidy, we can all exist on 80 per cent of our wages and we have nowhere to spend the money anyway.”

The lockdown has also given her time to think and plan.

“I actually feel excited about how we spring out of this, refine and expand our business and I expect to be even more popular than ever,” she said.

“That’s why I did that video to make people laugh and look forward with hope rather than to express a negative emotion that I’m not feeling.” 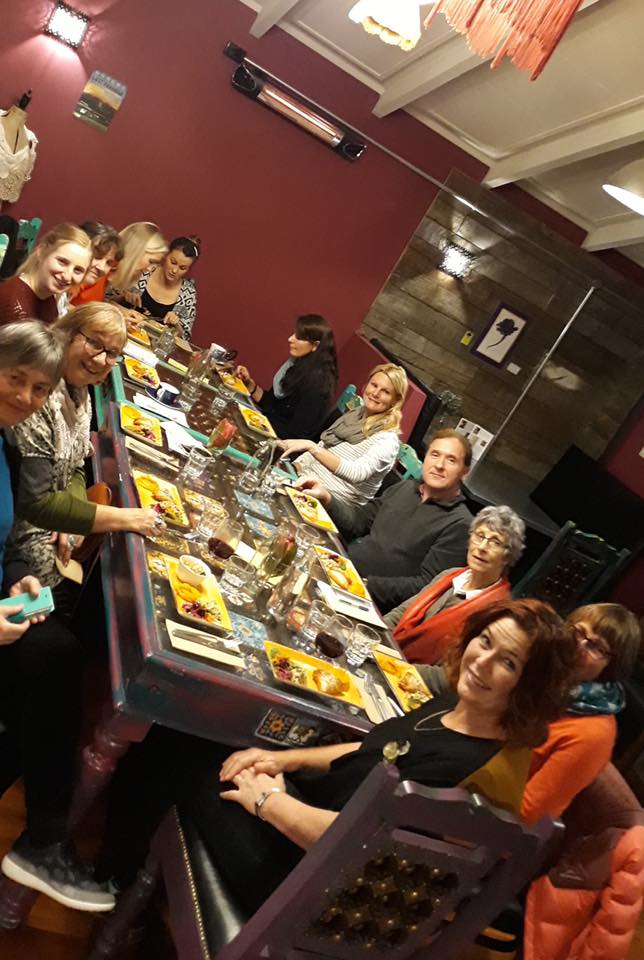 Starting again from September, We will hold regular Cooking Class events on the last Saturday evening of each month, where Barbara demonstrates some of the more interesting dishes that she will be serving that night.  Barb is a very entertaining presenter and knowledgeable chef. It’s a great night!

Class numbers are limited to 12 so that we can all fit nicely into the kitchen with a good view of the proceedings and these classes fill rapidly and early.  So don’t miss out! Perfect to attend with friends, as a work team building exercise or simply on your own where you’ll get to meet new friends ♥

Be Entertained, be Inspired, Learn something and Eat a delicious 3 course meal with a complimentary Glass of wine (If you get a lift or take a taxi you can partake of another glass or 2 🥰!)